JAMB approves 160 as cut-off mark for admission into universities

JAMB approves 160 as cut-off mark for admission into universities 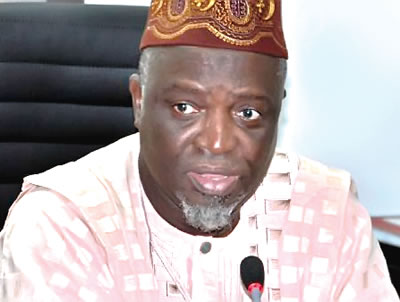 The authorities of the Joint Admissions and Matriculation Board (JAMB) on Tuesday approved 160 as a minimum cut-off mark for candidates seeking admission into public universities in Nigeria.

This is the outcome of JAMB’s 19th policy meeting on admissions to tertiary institutions in Nigeria held at Bola Babalakin auditorium, Gbongan, Osun State.

The meeting, which was attended by Vice Chancellors, Rectors of Polytechnics and provosts of colleges of education also approved 140 for private universities, while 120 was fixed as a cut-off mark for public polytechnic and 110 for private polytechnic.

Similarly, 100 and above was approved for colleges of education.

Making these disclosures during the meeting, the Registrar of JAMB, Professor Ishaq Oloyede said plans were underway to conduct an open examination for students seeking admissions into tertiary institutions in Nigeria.

Describing the development as a new innovation for 2019 Unified Tertiary and Matriculation Examination, (UTME), he contended that it was aimed at curbing examination malpractice, explaining that the board would provide one million questions for each subject out of which 50 would be answered for the examination.

Oloyede, however, expressed concern over the increasing number of applicants, seeking to study Medicine in universities, saying 436,799 candidates applied for the course during the last UTME against available space for 35,923 candidates.

Earlier in his remark, chairman, governing the board of JAMB, Dr. Emmanuel Nndukwe, said the board was striving to provide a unique standard that will be acceptable by students and parents.

The director of Tertiary Education, Federal Ministry of Education, Mr. Joel Ojo Samuel, who spoke on behalf of the permanent secretary of the ministry charged the board to be sensitive, transparent and sincere in the consideration of students cut-off mark.

He stated that “accountability and transparency have made it possible for JAMB to, directly and indirectly, support other Institutions and agencies in the education sector. It is gladdening that NECO has taken a cue with its unprecedented remittance of over a billion naira recently.”

“The board should go further by ensuring the prosecution of all culprits and suspects of these nefarious and criminal activities in order to serve as a deterrent to those planning for a future exercise, and to also send a very strong and clear signal to those that have entrenched themselves in these acts of criminality.”

“It is disheartening that there are still many reports of unethical behaviours on our campuses, especially those relating to the abuse of trust and confidence reposed in staff of tertiary institutions”, Samuel remarked.

JOBS! JOBS!! JOBS!!!, MAKE MONEY FROM HOME AND GET PAID IN DOLLARS WORKING FULLY FROM HOME. YOU WILL BE PAID DAILY. CLICK HERE LINK TO BE PART OF IT.

Dont Miss Out This Information